2011 Lake Malawi Safaris took us to some old and new spots to dive, traveling north from Home Base at Kambiri Point, we cruised to Nkhomo Reef (5 hours) then onto an overnite stay at Mbendi Island, sleeping on the boat. In the morning we headed off to Chiofu where we base camped for a couple days of diving the East Coast locations of the “Boarder”, Gome Rock, Chiofu, Liwani, Narungu.
We packed up and traveled to Luwala Reef, Chimyankwazi Island, while on our way to Fat Monkey’s rest house at Chembe Village, where we stayed overnite and dove around the Cape MacClear area, Thumbi Island, Zimabwe Rock, for the day before heading south.
Heading through Ilala Gap we went south to Monkey Bay and camped there and used this as a base camp and dove at Domwe Island, Kanchendza Island, Masasa and Mazinzi Reefs, Tsano Rock.
Finally we headed back to Kambiri, stoping again at Nakentenga Island to dive while on the way home.
Enjoy my pictures! 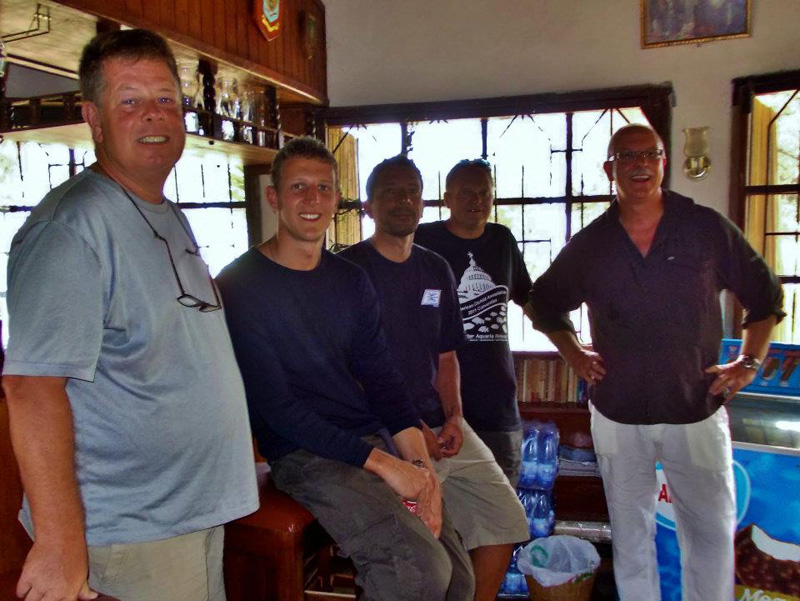 At Domwe Island an old favorite was found sifting the bottom behind me where I had stirred up the bottom, Cyrtocara moori. 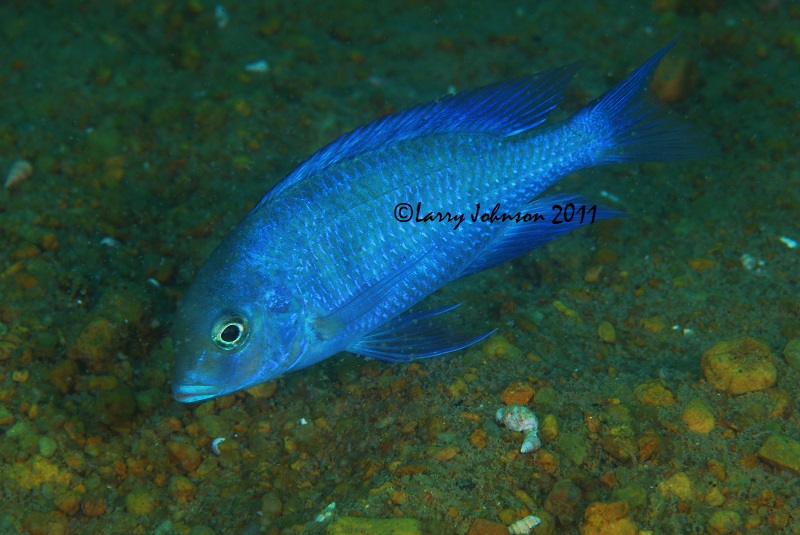 At Tsano Rock I found a concentration of Aulonoca Jacobfreibergi in one of the many cave area’s. 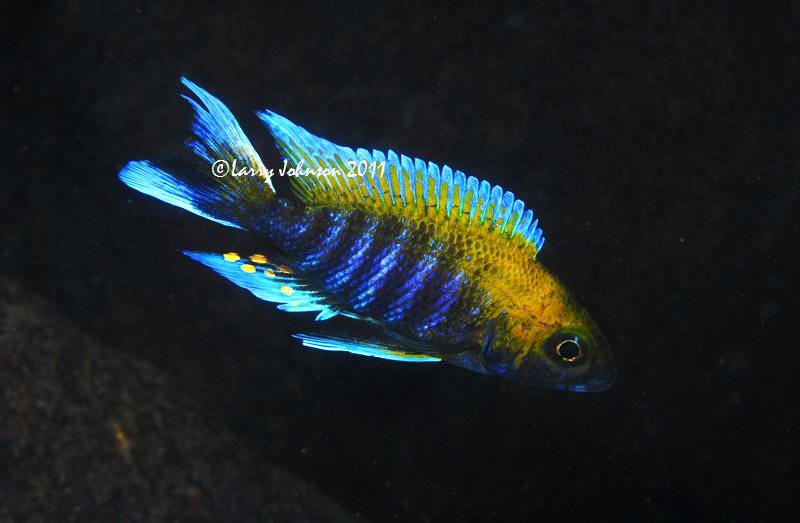 Using David Goddard’s wide angle lens (Tokina 10-17mm) and Dome Port, I caught him boarding the Lady Louise 2, and Lars up top catching me at the same time! 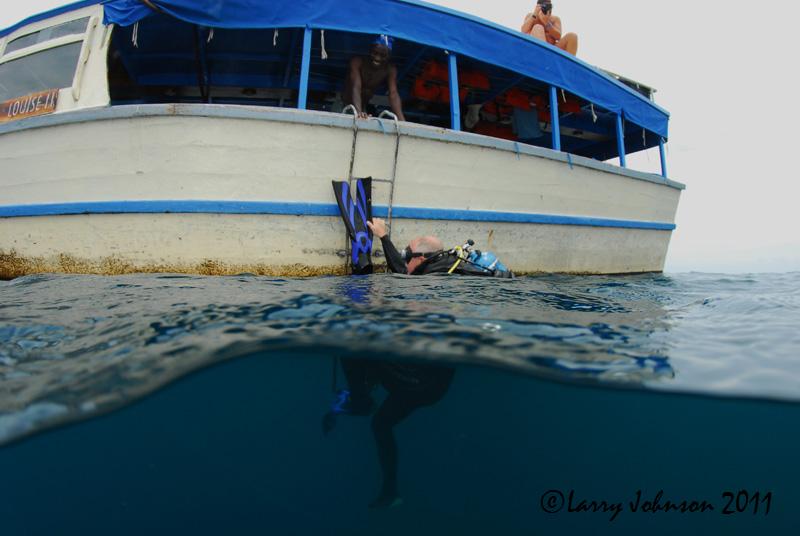 Malawi Crab at Zimbawe Rock, I think he was touhing the dome port! 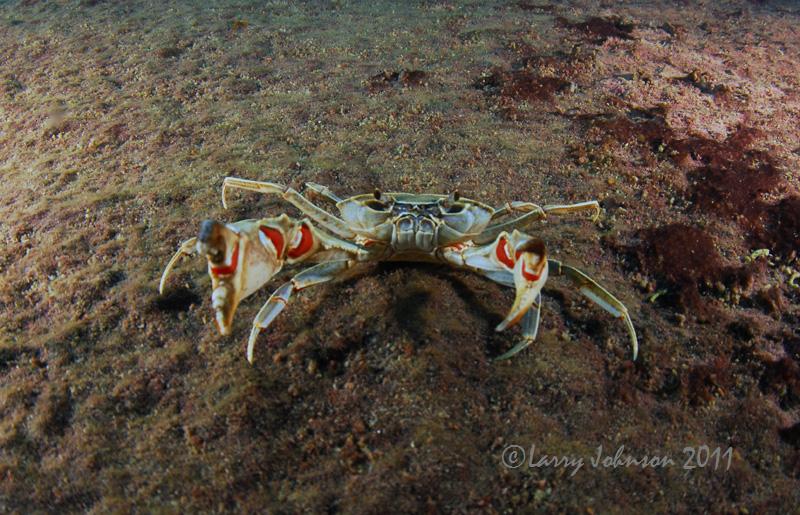 Zimbawe Rocks is one of the best dive locations in Lake Malawi, house sized boulders and close to Cape McClear and Chembe village. 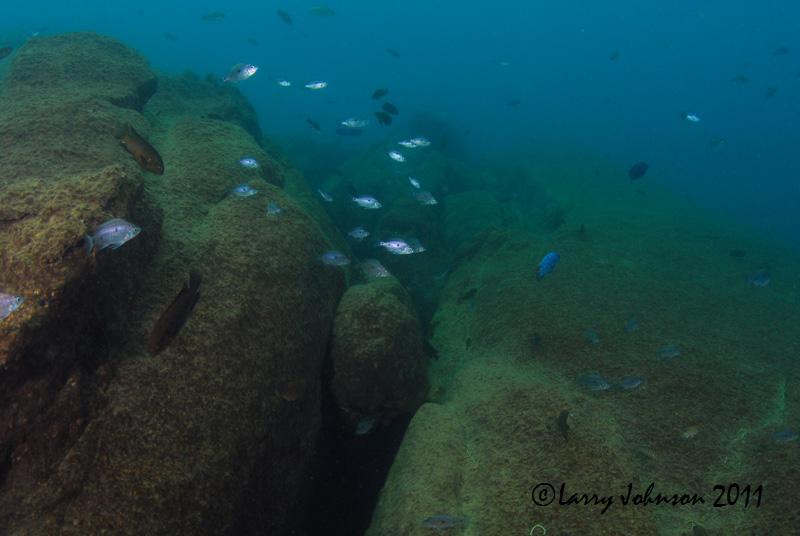 Anything to catch the wind! Its either that or paddle! Malawi National Park. 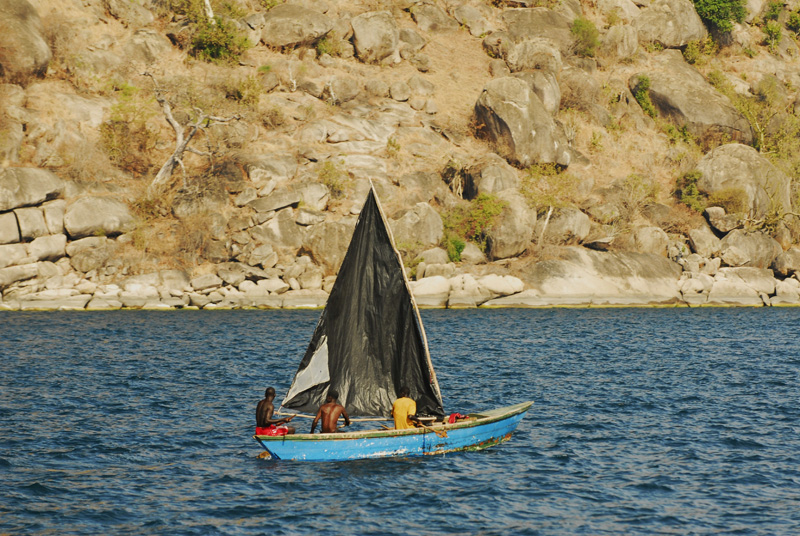 Dinner time! Camping AND relaxing at Chiofu Bay between dives. 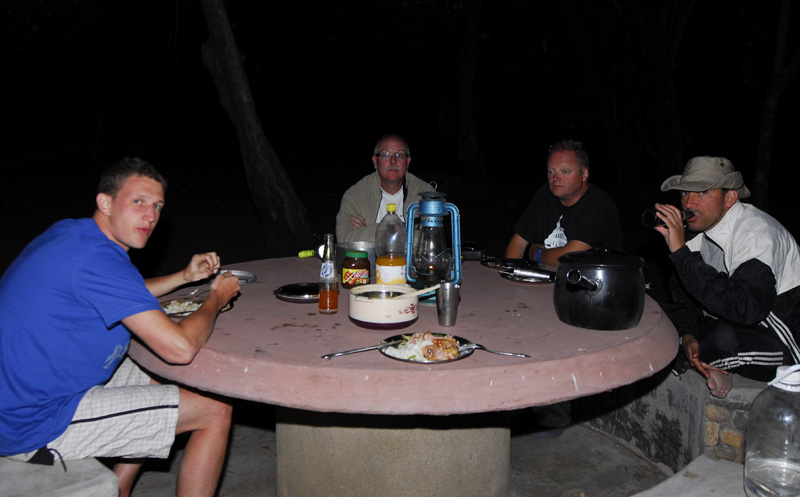 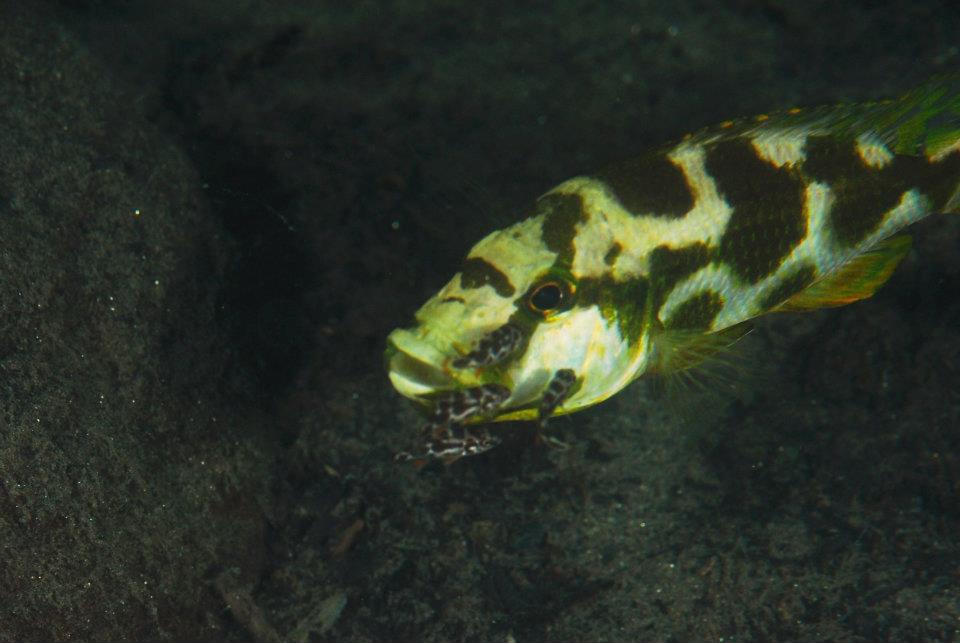 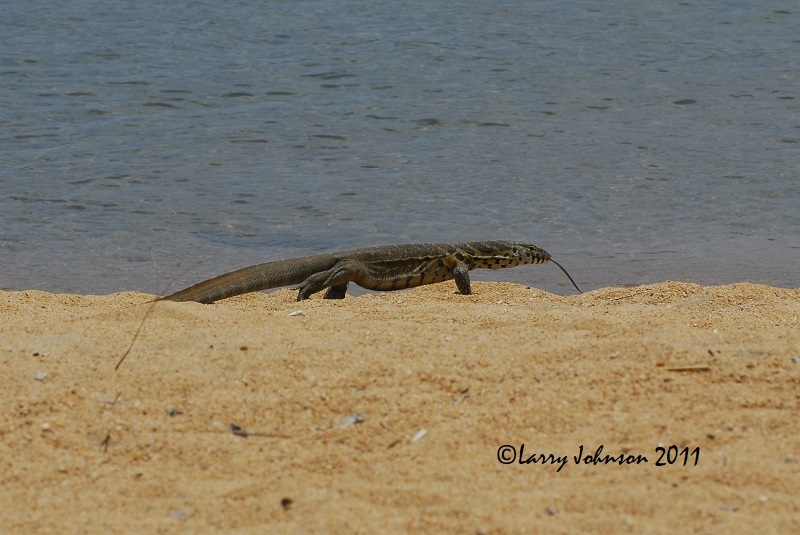 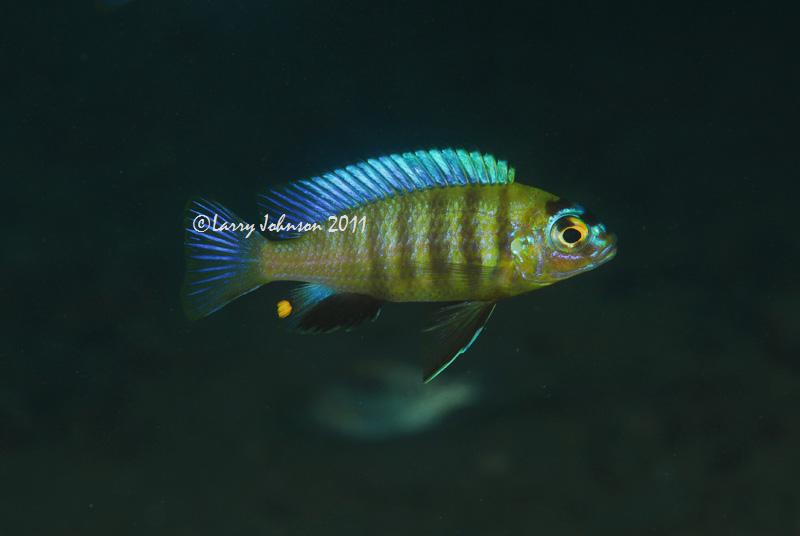